Salta tours in the northern of Argentina 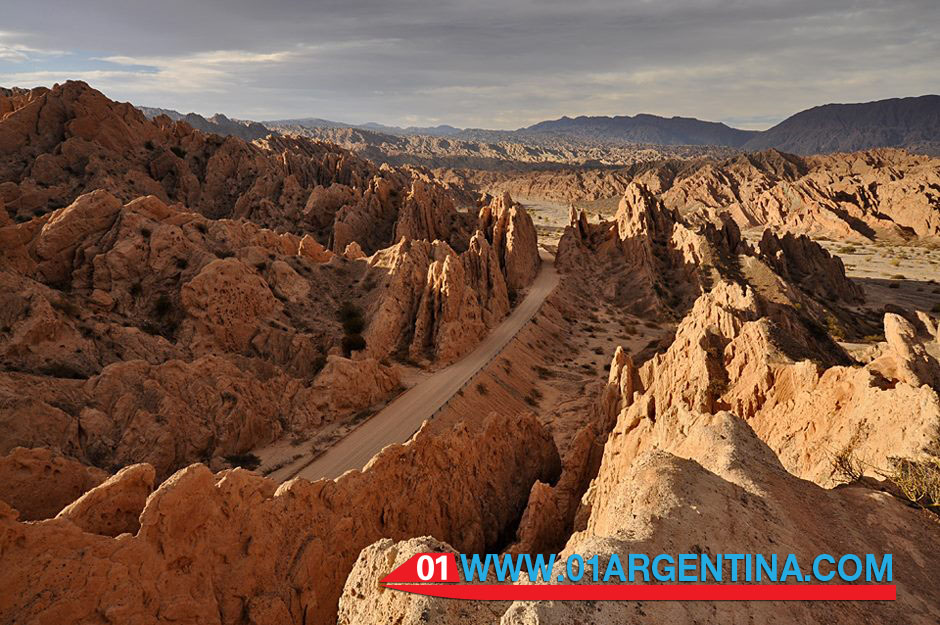 The tours in Salta city begins once our guidelines seek to passengers departing in the morning or afternoon, according diponibilidad, From the hotel you are staying to tour the main square (July 9) with the decor of your renovated and colorful town historic colonial style and its main attractions like the Cathedral Basilica of Salta, San Francisco Church, which has the highest bell tower of South America, the MAAM museum high mountain, which has preserved and on display mums llullallaico, the council historical, the convent of the Discalced Carmelites (San Bernardo), photo shots Guemes monument to the Salteño procer and travel and stop at the craft market to appreciate their crafts and make purchases of sourvenires and memories.
Also the ascent and descent will be made by the Cerro San Bernardo, bordering the circuit Teleferico to spot from above the immensity of the Province and its beautiful scenery; as well also the summer Villa San Lorenzo, where we view the gorge.

The vehicles are specially designed for high mountain road. Suitable to capture the best memories with the air of the Puna or the Calchaquíes Valleys. The guides are bilingual and are prepared for any circumstance during the trip. With first class service on board, four-wheel drive trucks are very comfortable and have restrooms on board and everything you need for a trip like no other.

Recommendations
Regardless of the time of year that made safaris, you have to dress like an onion: shirt underneath and layers of clothing until a warm jacket, plus gloves, hats and pants with sneakers. It is important to wear sunscreen: cream and black lenses. The night before the tour should light dinner, not drinking and rest well.

The train to the clouds

In his 2016 season the Train to the Clouds will combine road and rail journeys seeking to benefit local and tourist development of the Puna Salta. The circuit 2016 Train to the Clouds will start in the city of Salta, departing vehicle, passing through the towns of Campo Quijano and Governor Solá up to the Alfarcito.
The journey will continue through the Quebrada de las Cuevas and then the plain Muñano up to San Antonio de los Cobres. At the head town of the department Los Andes, the contingent will take the Train to the Clouds to reach the viaduct La Polvorilla, at 4,200 meters above sea level. Visitors return to Salta by bus from San Antonio de los Cobres.

Cachi, in a valley of fertile land, is surrounded by alfalfa fields and plantations or red bell peppers, drying in the sun which complete a showy and colorful landscape of a similar red giant carpet.
In addition to the wonderful charm of its natural beauty, it is this ideal for adventure tourism activities such as trout fishing, horseback riding, or tours to the archaeological site; as the place called “La Paya”, which was established prehispanic indigenous city.

Land of sun and good wine. One of its main features is the goodness of its climate. Although no lack of water that feeds its beautiful rivers, the sun is present almost every day of the year.
From the confluence of the River Calchaquí and Santa Maria River are dunes, formations of fine white sand, instead of morning rides or meeting in the pleasant summer evenings. Also, along the way you can see various rock formations, caused by the actions of wind and rain. Such as “The Amphitheatre”, “The Devil’s Throat,” “El Fraile”, “El Sapo”, “The Castles”, etc.
Its main activity is the manufacture of wine of recognized quality. Winners of national and international competitions, being very particular and traditional patero Torrontes wine. As the wine, the basic resource for the economy of the valley.

San Antonio de los Cobres, old mining town that recognizes indigenous ancestral origins.
It is a typical village of Salta Puna, which has become famous for being stop final destination of the Train to the Clouds, which coming from Salta reaches the “viaduct The Polvorilla” our circuit in vans along the tracks of the same crossing 80% identically the same path, crossing bridges, zigzags, curls and viaducts without the sight of polvorilla. Andean village of small houses, where the district staff of the Gendarmerie and Customs highlighted in its construction. Throughout the year the weather is windy and very cold. (Typical Puna) in the same way the enriching contact with people own place effort in their experience such a powerful and suffered like the Puna Salteña climate.
The llama and vicuna are animals native to the Andean region and prepuna. Their fur is prized not only for quality but serve great coat fabrics necessary for shoveling against inclement climate zona.Tambien as can be seen, the circuit with BIG SALINAS unified.

Salinas Grandes are more than 3,400 meters high, have an area of 2100 square kilometers (located among the 10 largest salt flats in the world), which are the result of the evaporation of inland saline waters of volcanic origin, which were formed from 5 and 10 million years ago, the crust has a thickness of 8 to 30 centimeters, which still are exploited as artesanal.Donde you can enjoy visiting the pools of salt, you can appreciate the work of artisans salt and famous for his teacher and imposing work in a desert place and the restaurant puna salt.
“A PARADISE IN WHITE SALT INIGUALABLE FEELINGS”

La Quebrada de Las Flechas, is a landform located at km 4380 of National Route 40 (section linking the towns of Cafayate and Cachi) in the Department San Carlos in the province of Salta, north of Argentina, extending 20 km within the Valles Calchaquíes from Angastaco to Calchaquí.Distante River about 260 km from the city of Salta (Cafayate), is inclined pointy rock formations forming narrow gorges with walls 20 meters high, making in one of the tourist and most attractive points of the national route 40.Mientras formations are crossed, they highlight the “passage of Snowdrift” and especially the “passage of the Arrow,” which resembles a petrified glacier sharp points, which was declared a Natural Monument Angastaco by the provincial law No. 6808 in 1995. in his career, located at km 4420 route 40, is the oldest Jesuit church in the Valley Calchaquí which dates from 1780. it was restored in 1969 by the current owners of the site (Finca El Carmen); made of adobe and thatched roof, with two colorful altars, the church seems to hang from a cliff, overlooking the valley in its entirety. From the place, and across the river, it can be entered between ancient rocks where archaeological remains and remains of funerary urns and vessel of santamariana culture (or culture Santa Maria), who inhabited the land before the arrival of the Spaniards are.
geological formation: It dates back to between 15 to 20 million years when large boulders began to rise on the edge of the Puna. (Hard and crystalline rocks originated in the Precambrian); Deep faults in the earth’s crust were up granitic and metamorphic rocks forming a mountainous buttresses. Sedimentary plaques (reddish brown sandstones sedimented before the Andes any) that were found at some point storey were broken by the rise of the mountains and the ends were inclined pointing to the sky arming narrow canyons with walls about 20 m high. Subsequently erosion and now the sharpened blades or arrowheads resemble one beside the other. These strata were folded and fractured to receive the thrust of the Andean orogeny; these materials eventually became rocks were classified under the name Training Angastaco, for being the place where they reach their best. Angastaco Formation within the three sections are distinguished. The lower section predominantly sandy gray and light reddish brown, the middle section with thick sandstone and conglomerate gray and the upper section essentially subordinate sandy mudstones. 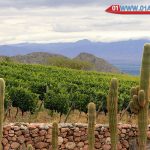 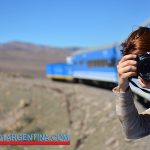 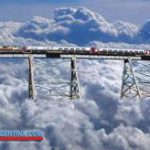 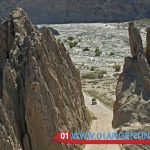 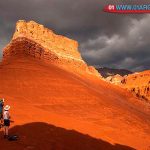 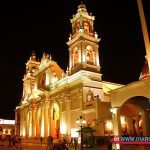 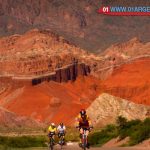