An underground city in the province of Cordoba Argentina 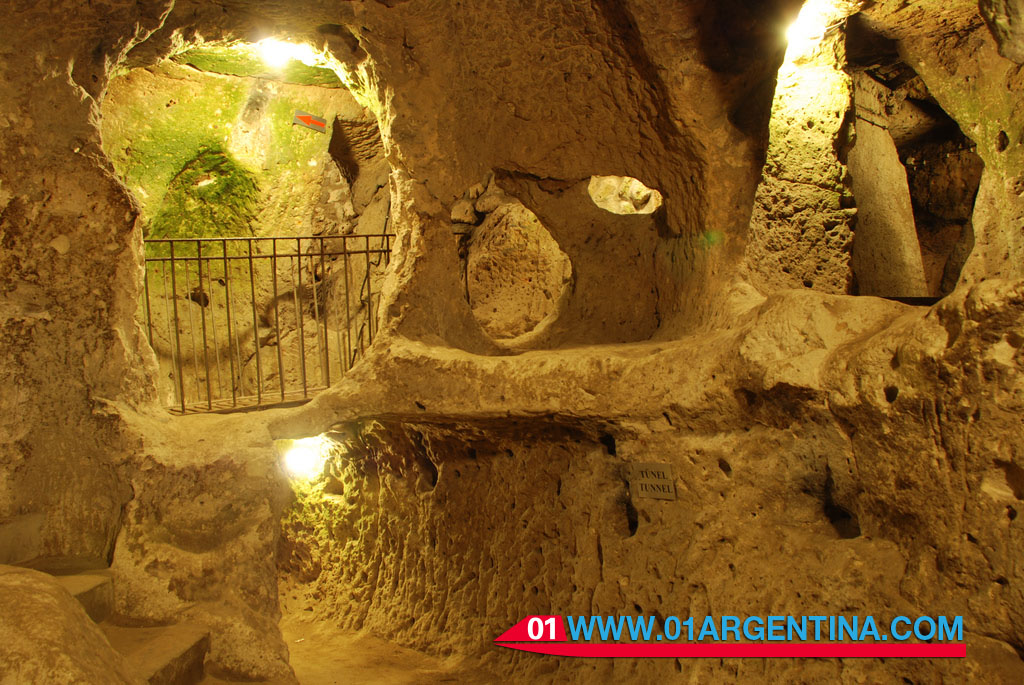 Córdoba saved a long and rich history, it offers a different itinerary for you to know the mysteries and secrets of history that developed underground in old underground constructions, with different uses and the revaluation of the past in order to recover the historic city and hidden legacy.
In the tours of Córdoba Underground cells of the historic Cabildo, which were destined to the eighteenth century as a prison in the city are visited, the Jesuit Crypt of the Old Novitiate and the Museum Fray Jose Antonio de San Alberto, where you will enter the basement and ancient crypt.
The former cells of the historic Cabildo where you can find the place where the prisoners of the Real Justice and rebellions were.
The Jesuit crypt that was site of the Novitiate prayer before the departure of expatriate Jesuits, also speaks of monks and Betlemitas the Time of Cholera.
The hidden museum Fray Jose Antonio de San Alberto, better known as “orphan” shows the education of girls in colonial times. A basement where the first printing press was able to arrive at Cordoba after enormous efforts, before leaving for encotraba Bs. As. Where he would shout the glorious destiny of the first news of the nascent country.
The tours take place every Tuesday to Friday at 10.The guided tours are also available in English, French, Italian and Portuguese. Must be booked in advance.

The northern province of Cordoba proposes a tourist cultural itinerary which is one of the biggest attractions in the provincial cultural tourism offer. This is the old Camino Real to Alto Peru, during the colonial period was the main means of communication, transport and trade between the Viceroyalty of the Río de la Plata and the Alto Peru.
In the province, from the city of Cordoba crossing the northern route generating intense movement of people and goods that motivated the development of the northern region of Cordoba, forming the backbone of regional integration and trade, established with the founding of several towns along its route (as in the case of Villa de Tulumba). During the years of the struggle for independence and national organization, the Road was the scene of the passage of troops and multiple events that marked the country’s history. It continued to be then used in the process of national unity (at which new populations like Villa del Totoral, Jesus Maria, Colonia Caroya, Sarmiento, Macha was founded) until the arrival of the railroad brought new road layouts (current path National No. 9) and disabling the use of the old Camino Real.
It is a cultural route of 176 kilometers from the town of Colonia Caroya to the border with the province of Santiago del Estero, marking that meets the highest posts and sites of historical value.

Browse “Northern Córdoba” is a unique opportunity to meet their towns and villages; its history and cultural identity. It is one of the most fascinating regions and paradoxically, the least explored province.
There we can walk the red trails Cultural and Natural Reserve of Cerro Colorado, discover and its slopes, among the lush vegetation, born images that were introduced over a thousand years ago by the original inhabitants of these lands.
Walking through the cobbled streets of Villa de Tulumba, discover the ancient villages and temples that stand in the path of the Camino Real to Alto Peru, get the whereabouts of prestigious artists who chose this region as their place: Athaualpa Yupanqui, Leopoldo Lugones, Fernando Fader, Pablo Neruda, Rafael Alberti are just some of the names that cross the landscape of the area.
Northern Córdoba saves time stories of the founding of the country; political conflicts, civil wars, the fatal ambush that will end the life of Facundo Quiroga, “Llanos Ttigre” Pacho Ramirez’s death and even the footsteps of Ernesto Che Guevara on the bridge of San Francisco del Chañar sanatorium. Land of legends and mysteries, long processions through the heart of every people when they turn to the streets to express their faith. Each year, the different peoples of Northern Córdoba organized festivals to consecrate the tradition and the music of the place.
Northern Córdoba is a unique experience to enter a world of myths and traditions, food, music and customs, at a leisurely pace and under the encounter with a population that lives up to that history and changing landscapes whihc senses visitor.