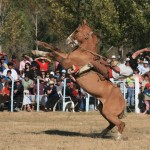 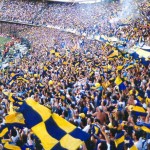 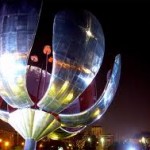 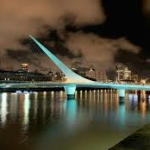 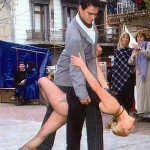 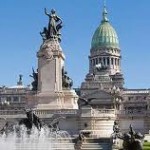 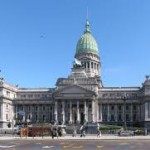 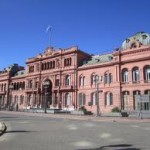 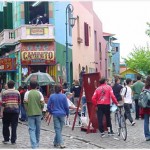 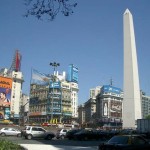 – Government House : also called the Casa Rosada. It is a great architectural beauty. Weekends and holidays do a tour and know every corner , including the presidential office .

– The Plaza de Mayo, the ” Square of the Argentine people ” , because it happened the most important events in Argentina’s history .

– The Cabildo : west side of the Plaza de Mayo is the historic building , which in 1810 decided to form Creoles own government , being taken prisoner the King of Spain by the French.

– The Metropolitan Cathedral : Neo-Renaissance character , is the most important Catholic shrine of Argentina . Here lie the remains of Don José de San Martín , the father of the independence of Argentina , Chile and Peru .

– San Telmo : This neighborhood mansions preserved in time, with its cobbled streets. Your heart is the Plaza Dorrego , where we find old cafes and bars. It is famous antique fairs with objects of all kinds (books and magazines , clothing , coins , ornaments and more varied collectibles ) .

– La Boca : your typical postcard of houses ( ” tenement ” ) whose fronts are composed of sheets of different colors. One of its most popular attractions , is Caminito , a street where you can breathe and dance tango, crafts and paintings are sold.

– La Recoleta is one of the most beautiful neighborhoods of Buenos Aires and there, the must is the Recoleta Cemetery , where we find the remains of major figures such as Evita Perón, Adolfo Bioy Casares and Facundo Quiroga. In the Plaza Francia find a major craft fair and the Buenos Aires Design Center, dedicated exclusively to design .

– Palermo : in this beautiful neighborhood with parks , the Japanese Garden , wooded areas , the Rose Garden and the Planetarium ( astronomical center of the city) .

– Palermo Soho and Palermo Hollywood: part of Palermo, and are the areas chosen by the young people for their outdoor bars , their culinary offerings , its fairs , its tree-lined streets and local decorative objects and clothing designers independent. It also has an interesting nightlife ( clubs and theaters under) .

– Buenos Aires’ has a varied gastronomic offer and at night we can see the main representatives of local celebrities.

It is undoubtedly one of the most amazing experiences you can live a traveler, whether or not a football fan . A soccer game at ” La Bombonera ” stadium of Boca Juniors , or ” El Monumental ” River Plate Stadium , is a unique show in the world. They are the two most important teams in Argentina , recognized worldwide for its international success .
Beyond the quality of the game , which makes this event different is how you ” live ” the party , the fervor and passion that the fans and their chants, confetti and fireworks . It is indescribable.

It is quintessential musical style of the city. Anyone should take in a dance and song, a special beauty . The more daring can take dance lessons . The tango is danced in couples, so it will be an opportunity to make new friends.

Outside the city, at a typical estancia this type of event in which we can enjoy the skill of the riders have , know the history of the gaucho, riding , tasting local foods ( pies and a roast ) accompanied by delicious Argentine wines and buy handicrafts .

In the district of Tigre we can board a catamaran to enjoy the panoramic Delta of the Parana River . See a labyrinth of islands crisscrossed by rivers and streams. Learn about life in the islands , wildlife , flora , recreation and water sports.

It is set in the neighborhood of Belgrano. There find a variety of Asian products and typical Asian restaurants.