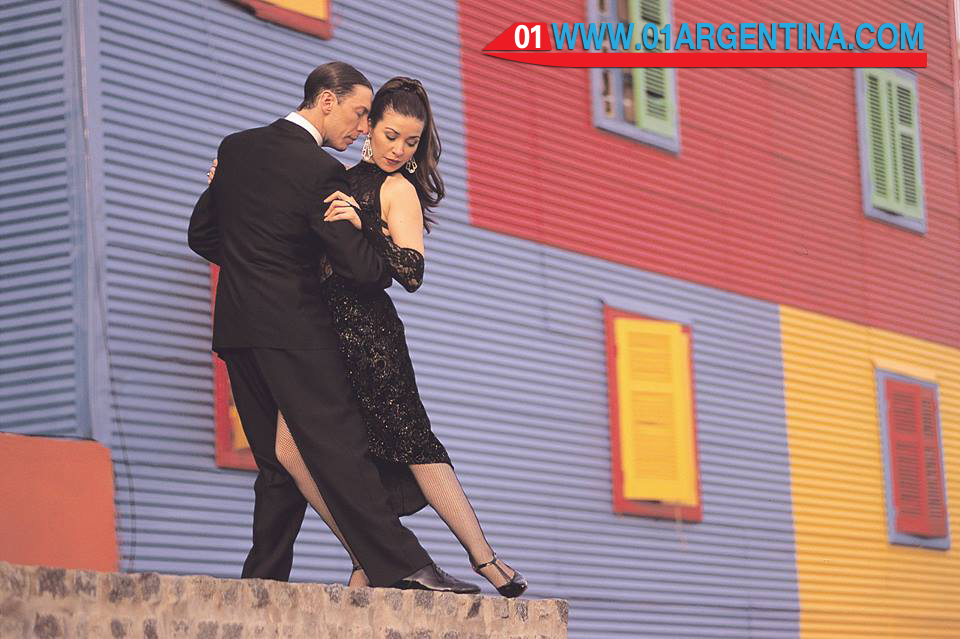 11 th December was instituted in order to highlight the importance of tango in Argentina culture and to honor the birthday of tango singer Carlos Gardel (1890 or 1887) and the conductor Julio de Caro (1899), on the initiative Ben Molar.

The Tango is brewing on both banks of the Rio de la Plata between 1850 and 1890. In the early nineteenth century with its popular worldwide acceptance dance evolved into its present form.
This dance that originated in the port of Buenos Aires and quickly spread to the southern neighborhoods like San Telmo, Monserrat and Pompeya, growth was paralleled with that of Argentina society, formed by european immigrants, who brought many of his elements.
Around 1860, between Creoles and rioplatenses gauchos, sailors, indians, blacks and mulattos, loose music such as waltzes, austrian and alpine origin is danced; andalusian tango and quickstep; zarzuela; scottish dances; havana, cuban-born; polka; mazurkas, gang and milonga; on the basis of the fandango and candombe blacks.
01 Argentina offer Tango shows in Buenos Aires for more information visit the website.

At that time there was not yet Tango as dance itself.
The sound of the bandoneon (of german origin) was incorporated as essential to pianos, Spanish guitars, basses and violins.
In the neighborhoods the “suburban tango,” emerged who danced in the poor, men and women with heavily embracing bodies, and shocked the society of the time.
Condemned by the church and banned by the police for inciting scandal was associated with lust and fun “unholy” with drinking and dancing.

The prohibition forced to dance in hidden places to have entered the nineteenth century, so its nostalgic atmosphere of passion.

Protected by the darkness of night, beautiful and arrabalero slid his feelings deep in a verse, a melody or dance embraced his ardent companion.

At that time, only the lower social strata, suburb, cultivated the dance. The Tango emerged in brothels and nightclubs villages.
Brothels so encouraged in order to bring the male and female bodies.

It was conceived as “vulgar” by more conservative strata, socially marginalized to seek sensuality and pleasure.

The unusual fusion of languages, knowledge and customs generates the phenomenon of tango and parallel language, the slang.
This way of speaking words took some Italian dialects and other languages brought by immigrants, absorbed and adapted to Buenos Aires.

At first it was the language of prisoners and offenders, commonly spoken by the people of the port. The slang is the Castilian what the cockney or slang are for British English and American English.

Strengthened by the new century

In 1910 the tango was danced in Paris, rapidly expanding its popularity around the world.

His glamor conquered the highest sectors of society and was danced in almost all European capitals.

Makers present in the halls of the old world were the young sons of traditional wealthy families, who had long frequented places of Buenos Aires where tango was danced, to the chagrin of the Buenos Aires society that still frowned on for their scandalous history.

His final acceptance took a while longer until he was regarded as a necessity of popular expression.

The evolution of his choreography kept him alive and in force; if he had remained under a single form, it would have disappeared or “would be of a simple scenic memories, like other forms of folk dance” (Dinzel, 1994).
Jorge Luis Borges, the famous Argentine writer, devoted many pages to the stories of “outlaws” or “handsome”, fueled by their own experiences and myths that these characters represented.

Hollywood tango became popular in America, through the figure of Rodolfo Valentino, who danced gaucho dress.

Buenos Aires is the capital of Tango, strongly rooted in the customs of its inhabitants.

In this city the tango is present in every corner, represented by characters, places, urban scenes, dress and walking.

The tango a cultural event

Tango ritual involves different arts that complement, these are: musical composition, dance, poetic lyrics, instrumental and vocal interpretation. Each has a different origin and evolution.

Beyond this, the tango is a way of living, feeling and passion conceive the existence and the world.

The Tango is a popular folk music no roots.

Like jazz and rock and roll, conceived of the plurality of rhythms brought to America by the different ethnic groups.

The spirit of his music combines metrics, accents, intentions, rhythms and melodies with the verses of poetry that sings.
It is basically governed by a binary compass 4/8. Unlike other musical arts that are in makeshift general, the Tango is always composed in advance and executed with a previous chord music.

The Tango is a dance of couples embraced, not necessarily in origin of man and woman, as also danced among men.

The most renowned tango steps are cut, broken, scissors, the refilada, sitting, volley.
The city offers a wide range of possibilities for those who want to approach the tango. The proposals depend on the type of activity you want to perform.

Given the many facets that make it up, you can witness a dance, listen to a concert, take tango lessons and if you dare, dance clubs and milongas where many Argentines “will take up the dance floor.”

The “Tango Show”, is rehearsed choreography for the presentation of a show, while the Tango danced in the halls is he who does the common people, regardless of age or social class.

These sites are not intended for tourism but if you really want to know the essence of tango, that is where undoubtedly be addressed.